skip to main | skip to sidebar

"It Pays To Be Agreeable" 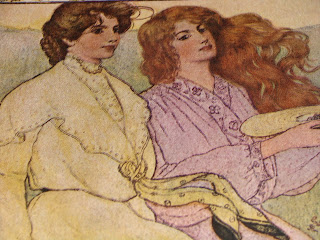 "It pays to be agreeable. We are all like huge magnets, and we tend to attract those things which we ourselves send out. If we are coarse and unrefined, we attract to our company those people who are also coarse and unrefined. If we are disagreeable and unmindful of the rights of others, they in turn will be disagreeable to us, and unmindful of our rights. And similarly, if we are kind and agreeable, we are bound to meet and attract people of the same kind.

There is a pretty little story of a woman and a child, in which the simple friendliness of a little girl opened the door for a woman whose life had been embittered by much hardship and disappointment. She was strolling one day through a mountain farm-house. she did not know where she was going, and she did not care. She just wanted to forget, forget.

She stopped near a well and gazed angrily about her, wondering how there could be so much peace and quite in a world that held nothing but turmoil and heartache for her. She was an attractive woman, and her smart clothes and haughty bearing was a disappointing contrast to her scowling face and angry eyes.

Suddenly she glanced down. A tiny girl was watching her intently - a little girl who had lived all her seven short years in the untutored expanse of the mountains. The woman was annoyed, and she did not hesitate to show it.

'What are you looking at; what do you want?' she demanded irritably.

Instead of returning the frown, the child smiled and stepped a little closer. 'I was just thinking how pretty you face would be if you smiled instead of frowned,' she answered.

The woman's face relaxed. The bitter look in the eyes vanished and was replaced by a bright new light. The scowl became a greatful smile, and with an impulsive sob of pure joy, she knelt down and hugged the little girl who had been the first in a long time to speak gently to her, the first in a long time to return her frowns with sincere smiles of friendliness. And when she finally left the little child, and returned to the exacting conventionlities of the town, she was a nobler, better and finer woman.

The simple heart of a child who knew no other creedor or law then the sincere love of all mankind triumphed over the bitterness of a woman who had known years of education and worldliness.

Culture is of the heart and spirit rather than of the outward appearance. But it is by what we do and say that we prove that it truly exists within us."

From: Book of Etiquette Vol. 1 By: Lillian Eichler Copyright: 1921
Posted by Bramblewood Fashion at 4:27 PM

Hi! Do leave a comment for I love to hear from my readers. But please, no spam. And if you use the Anonymous setting please use your name, or internet nickname. Thank you!
In Christ,
~Ashley

Welcome to A Girls Guide to Home Life!

I search the internet for free resources on sewing, cooking, manners, etc and post them here for all to enjoy! To access the resources just click on the picture in each post {unless noted}. Once and awhile, I'll also post things from my own personal collection.

P.S.
You can find more pictures and video on my tumblr.
http://girlshomelife.tumblr.com/

"To 'sit on a cushion and sew a fine seam' is not a hardship. All creative work is fun - especially when it's something to wear."

"Ah! There is nothing like staying at home, for real comfort." - Jane Austen 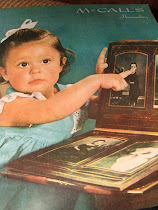 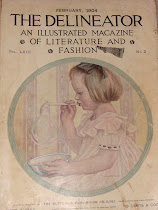 "Home is the grandest of all institutions." - Charles H. Spurgeon 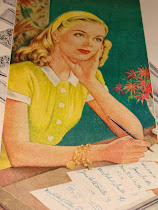 My Sewing and Modest Fashion blog